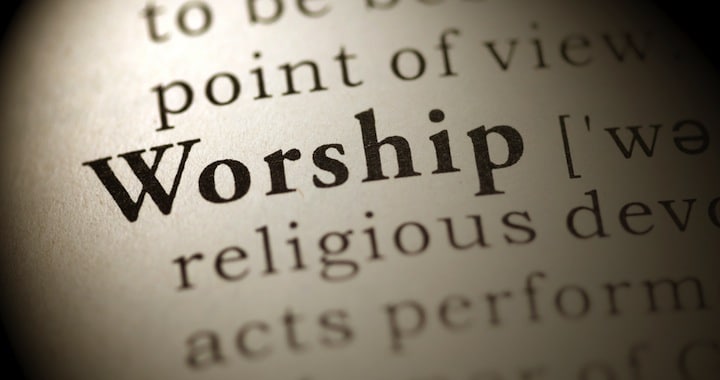 Thomas, from Wyoming was a first time guest in our worship service yesterday. He took time to write an email describing his experience with us. I thought I would share it with you as it is a strong encouragement to us all to continue to pursue purity of worship:

Pastor John, Brother in the Lord,

What a wonderful experience! I can honestly say that it was one of the purest Worship Services I have ever had the chance to share. No filler, no patronizing, no waffling……. just the Truth. Praise God!

When I am back (in the Phoenix area) with my wife, we both look forward to experiencing King’s Church again. I told her all about it over the phone… it was an honor to sit under your very accurate teaching.

And, what a lovely and complete package your bulletin, etc. is! Clear, simple, classy and to the point…….much like your sermon today.

You mentioned C.H. Spurgeon this morning and I had just read one of his devotionals on Alistair Begg’s site the other day that spoke to the same theme you were on. He used the example that God does not put Grace or Salvation up on some pedestal that we then have to climb up to reach. He further used the example of the Samaritan; who did not simply leave the wine and oil and wish the injured traveler well. He DID the WORK himself. God does the work of Salvation Himself. Great analogy.

Hopefully, I may be in a position soon to help your ministry with more than prayers, as I see a little ‘Spurgeon’ in you and can only hope that the growth of King’s Church could mirror his work. I prayed this morning for growth in your church there…..and His church worldwide. But, I will keep you and your mission in prayer and will share and include friends back home in that endeavor.

But the real hope I have, not of this world but as the Bible would describe it, is the expectation that we have eternity to spend together sitting at the feet of and worshiping our Lord. Together.

What a pleasure today has been!

Thank you and God Speed. 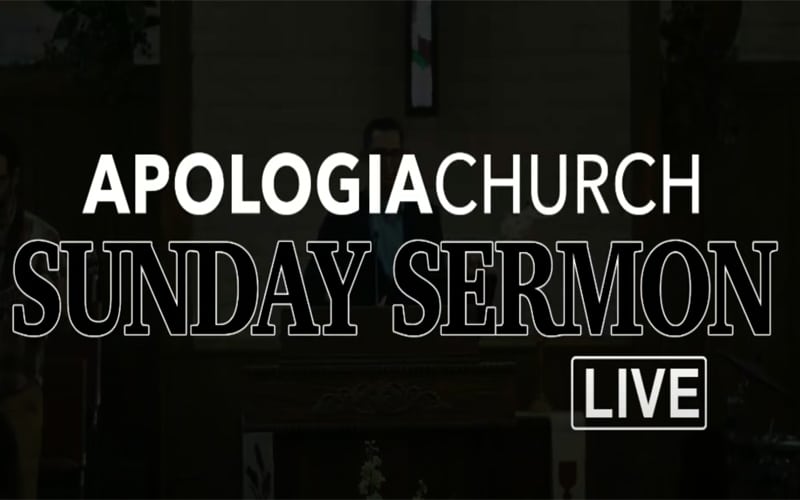 Why We Do What We Do In Church 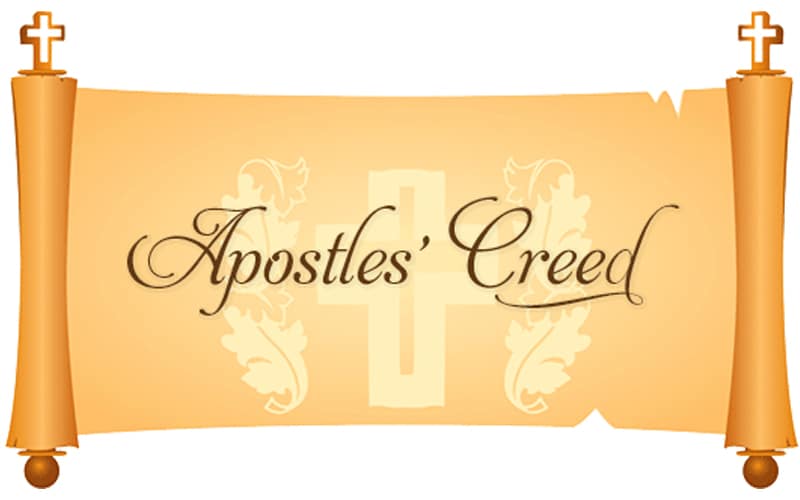 Part 1: An overview of various creeds found within the pages of the Bible as well as a particular focus upon the Apostles’ Creed, showing its history and profound significance in the life of the Church.

Part 2: The Apostles’ Creed has been used as a means of preparation for water baptismal candidates since the late 2nd century AD, becoming an officially recognized creed around 700 AD. This is the second of two messages showing the Biblical basis for the remaining statements of the creed. 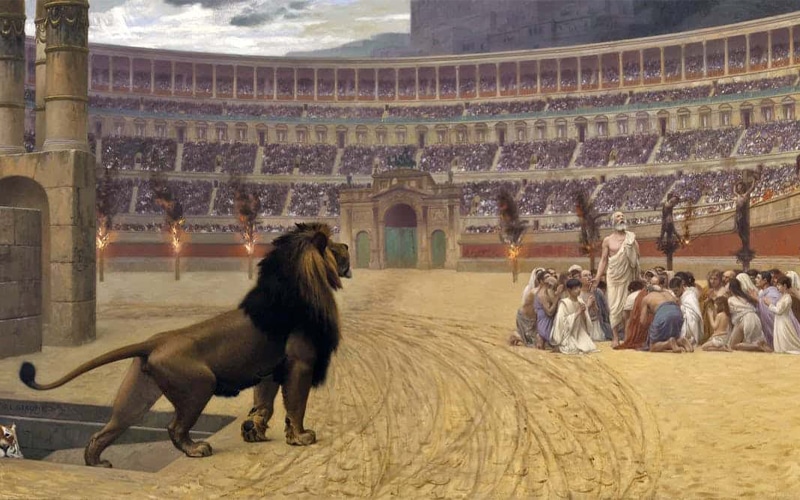 Creeds and Confessions in the Biblical Text

While John 3:16 is the most famous verse in the Bible, it is fair to say that in the Old Testament, the most well-known words are found in what the Jews call the Sh’ma, found in Deuteronomy 6:4. There in English we read these words, “Hear O Israel: The LORD our God, the LORD is one.” This is nothing less than a creed for the people of Israel that was recited daily. It clearly affirms mono-theism – the belief in one God.

28 One of the scribes came and heard them arguing, and recognizing that He had answered them well, asked Him, “What commandment is the foremost of all?”

29 Jesus answered, “The foremost is, ‘HEAR, O ISRAEL! THE LORD OUR GOD IS ONE LORD;

31 The second is this, ‘YOU SHALL LOVE YOUR NEIGHBOR AS YOURSELF.’

Even in our own day, one Jewish theological website refers to the Sh’ma as “the centerpiece of the daily morning and evening prayer services and is considered by some the most essential prayer in all of Judaism. An affirmation of God’s singularity and kingship, its daily recitation is regarded by traditionally observant Jews as a biblical commandment… It is recited at the climactic moment of the final prayer of Yom Kippur, the holiest day of the year, and traditionally as the last words before death. Traditionally, it is recited with the hand placed over the eyes.”

Through the many centuries of Israel’s history, the regular, repetitive reciting of the Sh’ma has kept many generations of Jews away from the gross idolatry that surrounded them. That was not always the case, of course, and yet this creed was used to keep Israel distinct and separate as God’s people.

When we come to the New Testament, Romans 10:9 outlines a simple creed of the early church – “Jesus is Lord.” The verse reads, “if you confess with your mouth Jesus as Lord, and believe in your heart that God raised Him from the dead, you will be saved…”

To get the full impact of what this entails we need to understand something about what it meant to live in the Roman Empire in the first century.

The Romans were polytheists, believing in many gods and all people in the Empire, without exception, had to acknowledge the divine nature of the Emperor, Caesar. There was an affirmation to affirm – two simple words, “Kaiser Kurios” which meant “Caesar is Lord.” As and when demanded, this creed had to be affirmed by all under Roman rule. Not to say this could well mean instant death. Many Christians were fed to the lions and wild animals in the Coliseum in Rome because of their stubborn, heroic refusal to recite this simple affirmation to Caesar.

This scenario is so foreign to us in our day and time that perhaps I have to spell it out so that we all grasp the true reality of all this. As they entered the dreaded arena, the Christians had only to say two words and they could live: “Kaiser Kurios” – “Caesar is Lord”. Instead they proclaimed, “Iesous ho Kurios” or “Jesus is Lord”, and paid for the privilege with their blood.

Story after story could be told of the brave Christians who, under the certain threat of death, would not renounce their Master, men and women who would not bow their knee to Caesar, acknowledging him as a god. Instead, they confessed the Lordship of Jesus Christ. It therefore meant something… really meant something, to recite this early creed.

This is the historical background for the statement in 1 Corinthians 12:3 – “no one can say, ‘Jesus is Lord,’ except by the Holy Spirit.” This early creed “Jesus is Lord” was therefore supremely precious to the people of God. Allegiance to the creed was a matter of life and death. The Christians would rather die than, by their words, renounce Jesus Christ.

This confession of the Lord Jesus was admittedly basic and it is very evident that as Christians grew in their knowledge of God and of Scripture, so their creeds and confessions expanded and grew, and over time, became more broad and comprehensive. As novel (new) ideas and heresies spread in and around the church, the true Christians needed to expand the vocabulary of their creeds in order to stem the tide of the false doctrines.

The Apostle Paul, writing to the Corinthians, affirms the monotheistic foundation of the Sh’ma while also acknowledging the full deity of Christ. Jesus is the Lord, Creator and Sustainer of all things.

Here we see a confession that affirms our unity in Christ between Jews and Gentiles.

The Apostle Paul writes, “There is one body and one Spirit, just as you were called to one hope that belongs to your call, one Lord, one faith, one baptism, one God and Father of all, who is over all and through all and in all.”

While physical differences remain in that males remain males, females remain females, and the ethnic distinctions of Jew and Gentile and color still exist, the dividing wall of hostility between them has been broken down and abolished forever (Ephesians 2:11-18). Though we are not all not identical, we are all one in Christ Jesus. While there are still Jewish Christians and Gentile Christians, no division between these two groups should exist in the church. We are united in Christ.

Paul’s words in 1 Timothy 3 were a confessional statement against the raging heresies of the day, as well as an affirmation of the truth:

“By common confession, great is the mystery of godliness:

He (God) who was revealed in the flesh,

Was vindicated in the Spirit,

Proclaimed among the nations,

Believed on in the world,

Concerning this verse, Pastor Tom Hicks writes, “This confession was written as the church faced a number of additional heresies, including Gnosticism, Asceticism and Paganism. It confronted these newer heresies even as it also confronted the older errors of Judaism. We learn from this that the older errors don’t go away, which is why the church must keep adding to its confession. The church needed to confess that Christ is Lord, contrary to Judaism. It needed to declare the full humanity of Christ over and against Gnosticism. It needed to affirm the sufficiency of Christ’s work to save, contrary to Asceticism. And it needed to confess that God is one, over and against the polytheism of Paganism.”

From the Garden of Eden to our own day, truth has always been under attack. Throughout Israel’s history and through to the time of the early Church, God has used the short creeds and confessions found in Scripture as a means to keep the faithful sound in doctrine. 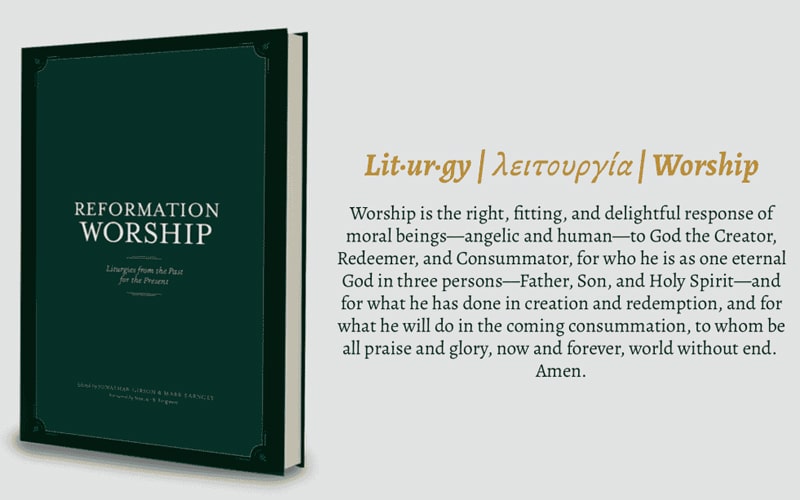 “When we think of the Protestant Reformation, we immediately think of the act of Biblical preaching as the means whereby the Gospel was established in the life of the Church. While a very true statement, it is not a complete one.

It was when not only idolatry and falsehood were removed from the worship service, but when in its place, Biblical, Gospel truth shaped the week by week liturgy (order of worship) of the Church, that the people truly ‘got the message.’

Each time the people gathered to worship God, with on purpose thought behind it, each element of the Reformed worship service was intentionally devised to reveal both Law and Gospel – the reality and consequences of our sin and the perfect work of the perfect Savior, the Lord Jesus Christ. As a result, the common people were able to gain a fuller and growing comprehension of the greatness of their salvation, and even more importantly, the greatness of their Savior God.

In the power of the Holy Spirit, the two together: preaching and liturgy (order of worship) brought Reformation in the Church.”