Blog - Latest News
You are here: Home1 / Conversion Is More Than Head Knowledge 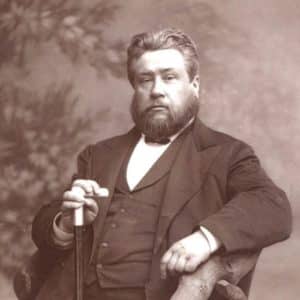 “Many persons row hard to get the ship to land by a notional belief in orthodox doctrine. This superstition is harder to deal with, but quite as dangerous as the belief in good works. It is quite as legal an idea for me to think to be accepted by believing good doctrine as to expect to be pardoned for doing good works. Yet we have scores of people who if they can get hold of the Calvinistic creed at the right end; if they become masters of it and know how to argue against Arminianism; if they become not only sound Calvinists but a little sounder still, having not only the sixteen ounces to the pound but two or three ounces over and above, so as to make them ultra-Calvinistic; why then they fancy that all must be well. ‘I never can hear a preacher,’ this man will say, ‘who is not sound. I can tell at once when there is a grain of free will in the sermon.’ This is all very well, but he who boasts thus may be no better than the devil; nay, he may not be so good, for the devil believes and trembles, but these men believe and are too much hardened in their own conceit to think of trembling. Away with the idea that believing sound doctrine and chaining ourselves to a cast-iron creed is vital godliness and eternal life. Orthodox sinners will find that hell is hot, and that their knowledge of predestination will not yield a cooling drop to their parched tongues. Condemning other people, cutting off the saints of God right and left, is but poor virtue, and to have these blessed doctrines in the head while neglecting them in the heart is anything but a gracious sign. If ye can “a hair divide betwixt the west and north-west side,” do not therefore fancy that your fine gifts and profound orthodoxy will ensure you an entrance into the kingdom of heaven, Ah! You may row with those oars, but you will not get the ship to land, ye must be saved by sovereign grace, through the operation of the Holy Spirit upon the heart, or you will not be saved at all. As it is not by doing that we are saved, neither is it by subscribing to creeds; there is something more than this needed ere the ship reach the port.”

– C. H. Spurgeon – From A Sermon Delivered on May 1, 1864, Metropolitan Tabernacle, Newington.