Blog - Latest News
You are here: Home1 / Jesus In The Old Covenant 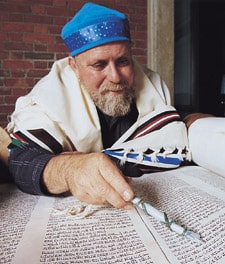 Everything God’s people Israel had received by way of revelation, pointed to Him… and yet, we read, “his own people did not receive him.” (John 1:11)

What an indictment that is!

How on earth did the very people awaiting the arrival of the Messiah, miss Him when he came?

Jesus, in John 5:39,40 declared, “You search the Scriptures because you think that in them you have eternal life; and it is they that bear witness about me, yet you refuse to come to me that you may have life.”

After the resurrection – Jesus encountered two very despondent disciples on the road to Emmaus. They were struggling to make sense of all that had taken place in Jerusalem…

Luke 24: 25 And he said to them, “O foolish ones, and slow of heart to believe all that the prophets have spoken! 26 Was it not necessary that the Christ should suffer these things and enter into his glory?” 27 And beginning with Moses and all the Prophets, he interpreted to them in all the Scriptures the things concerning himself.

Later on, He appeared to His disciples:

In Luke 24:44, 45 He talked about “everything written about me in the Law of Moses and the Prophets and the Psalms must be fulfilled.’ Then he opened their minds to understand the Scriptures…”

Again, how did they miss Him, when He is the main subject matter of the Old Covenant?

WHO IS THIS JESUS?

In Genesis … He is the Lord God who formed man from the dust of the ground and breathed the breath of life into him;
the One who walked in the garden with Adam and Eve in the cool of the day;
He is the Seed of the Woman;
He is Noah’s ark of refuge;
He is a priest in the order of Melchizedek
He is Abraham’s ram caught in the thicket;
He is the King in royal Judah’s line…

In Exodus… He is the One calling out from the burning bush – the great I AM;
He is the Passover Lamb;
and the Rock which followed His people in the wilderness.

In Leviticus… He is the Tabernacle;
He is the Altar; the Great High Priest, and the Lamb for Sacrifice.

In Numbers… He is the brazen serpent lifted up for the healing of all who will look to Him;
He is the Tabernacle’s cloud by day, and pillar of fire by night.

In Deuteronomy… He is the Prophet like unto Moses.

In Joshua … He is Lord of heaven’s armies, the Captain of our Salvation.

Judges … He is the angel of the Lord; our Judge and Law-Giver.

Ruth … He is our Kinsman Redeemer.

1 & 2 Samuel … He is our trusted Prophet who sits on David’s throne forever.

Kings & Chronicles … He is our reigning King; one greater than even Solomon.

Ezra … He is the Faithful scribe.

Nehemiah … He is the Restorer of broken walls.

Esther … He is our Advocate Mordecai.

Job … He is our Ever-Living Redeemer who will take His stand upon the earth.

Psalms … He is the Lord our Shepherd.

Proverbs … He is our Wisdom.

Ecclesiastes … He is our sure Hope of Resurrection when all else is vanity and futility.

Song of Songs … He is our loving Bridegroom.

Isaiah … He is born of the virgin, He is Immanuel;
the Lord of glory, high and lifted up in the Temple;
the wonderful Counselor, the Mighty God, the Everlasting Father and the Prince of Peace.
the suffering Servant of Yahweh;
the sin bearing Savior – wounded for our transgressions, bruised for our iniquities, the punishment due to us was upon Him and by whose stripes we are healed;
cut off from the land of the living, stricken for God’s elect people;
yet will be resurrected and live forever

Jeremiah … He is the Righteous Branch; the Lord our Righteousness.

Lamentations … He is our Weeping Prophet.

Ezekiel … He is the Son of man.

Daniel … He is the fourth man in the fiery furnace; the Ancient of Days, the One who comes in the clouds of heaven.

Hosea … He is the Faithful Husband.

Joel … He is the One who baptizes with the Holy Spirit and fire.

Amos … He is our burden bearer.

Obadiah … He is Mighty to Save.

Jonah … He is our great foreign Missionary; the One who will be three days and nights in the belly of the earth.

Micah … He is the eternal ruler of Israel, born in Bethlehem.

Nahum … He is the avenger of God’s elect, our Stronghold in the day of trouble.

Habakkuk … He is the Great Evangelist

Zephaniah … He is the Restorer of the Remnant

Haggai … He is the desire of all nations, the cleansing Fountain.

Zechariah … He is our humble King riding on a colt; the pierced One, wounded in the house of His friends.

Malachi … Jesus is the Sun of Righteousness, risen with healing in His wings.