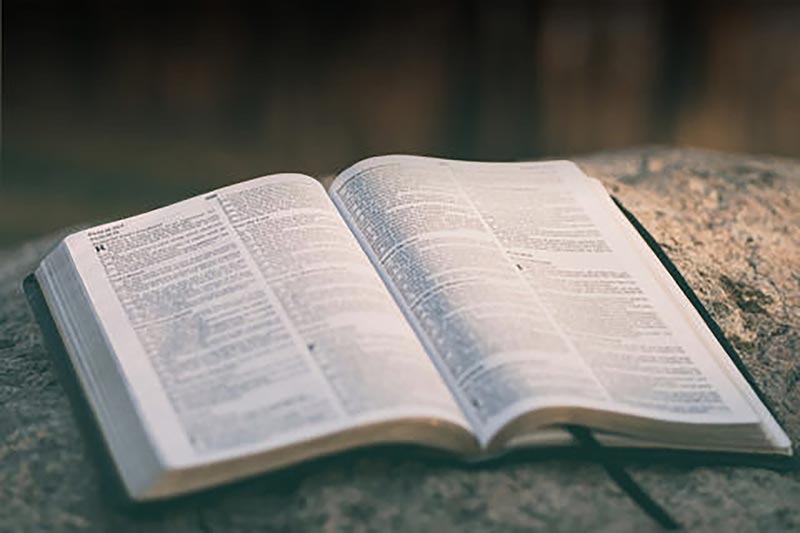 Why I Teach Sovereign Election

Why then would I teach it, knowing this?

Well, firstly, because it is the responsibility of all Bible teachers to teach what the Bible teaches, I teach Sovereign election because the Bible teaches the doctrine. I have no right to say to the Lord, “I know your Word teaches it, but I don’t think the people of God need it.” Such would be sheer arrogance and even treason on the part of the Lord’s herald. No, the solemn charge I have been given (and every preacher has been given) is to preach the word in season and out of season – when it is welcomed with joy by many and when no one wants to hear it whatsoever. Of course, election is not all I teach, but in that it is a Bible doctrine, I do indeed teach it.

Secondly, while it is a controversial doctrine, there is very little in Scripture that is not in some way controversial. The very first verse of our Bibles is controversial, and almost everything else that follows is likewise so. The pastor’s/preacher’s job is to preach and teach what the Word declares, even as he knows ahead of time, not all will embrace the truth he proclaims. He preaches and teaches to please an audience of One. To quote Dr. Steve Lawson, “If He is pleased, it doesn’t matter who is displeased. If He is displeased, it doesn’t matter who is pleased.”

Thirdly, I preach the doctrine because of the great sustaining comfort it brings to God’s people. While some are outraged by it, God means it to be a comfort to the saints, and has revealed this truth for that very purpose. He didn’t reveal it to cause division in the body of Christ. He revealed it because He determined in His infinite wisdom, it would be a blessing to His people to know this truth.

How exactly can this doctrine bring comfort?

Here’s an email I received today from someone I shall simple call “A” (her full name is withheld). Though lengthy, I believe your heart will be encouraged to see the Lord’s great comfort found in this doctrine by this precious saint, in the midst of great torment of soul.

My name is A* (full name withheld), and I wanted to reach out because you have given me such an unexpected gift, and I wanted to thank you. I saw you on Justin Peters’ YouTube channel, and I just listened to your podcast about “Lost loved ones.” I have to say, I started crying so hard. I have been very conflicted over a certain situation, and you are the only person who has enlightened me on it.

My brother P* (full name withheld) died by suicide 1.5 years ago, and he was not saved. At the time, neither was I. (I’m a new believer, saved out of the New Age movement. My brother & I both went to church when we were young, but strayed in our teenage years.) He was my only sibling, and we were extremely close, so his death completely destroyed my life.

I became suicidal myself, not wanting to live without my brother, and I came extremely close to ending my life. Fortunately, the Holy Spirit saved me in a moment of grace, without me asking for it or looking for it (this is partially why I believe in the doctrine of election, because my salvation was not my choice or my doing.) I had a sudden revelation that the Bible was real (just like that, a full-body flash of awareness that the Bible is real), and I was instantly convicted that Christ is real and Hell is real and Heaven is real, and I had a strong urge to read the entire Bible ASAP.

So that was the good news, but after becoming a Christian, I was grieved beyond words that my sweet, kind brother was burning in hell. He died alone in my mom’s garage (she found him), without the possibility of anyone saving him (either physically or spiritually). And because I now believed that Hell was real, I felt dread beyond belief to imagine my sensitive brother suffering there for eternity. You have no idea how this has tormented me for the past 19 months. I asked many Christians and the people at my church if there was any hope for him whatsoever, and I did lots of research on my own to see if God could possibly have mercy on his soul, after dying as an unbeliever. Was there ANY possibility that my brother was somehow saved? Most people didn’t give me any response whatsoever (I imagined they thought, “he’s burning in hell, but I’m too scared to tell her that”), and my own research also came up empty.

But Pastor Samson, you finally gave me an answer. You are the only person I’ve come across who has actually given a forthright response. I’ve spent HUNDREDS of hours listening to sermons and lectures on this topic, and nobody gave a straight answer. You finally turned on the lightbulb in my head, with your podcast on lost loved ones.

Although I already believed in predestination (I’m an avid listener of John MacArthur & I have his study Bible), I hadn’t thought to apply that to my brother’s situation. (HELLO!!!!) You made me realize that if it was God’s will for my brother to be saved, then the Lord Jesus would have saved him in his final moments. He would have found a way. In your podcast you said, “Absolutely no one is beyond God’s reach, even to the last moment of a person’s life.” Considering that my brother died by suicide, without any hope of resuscitation, you have no idea the hope this has given me. In my own suicidal moments, the Lord intervened and saved my life. In my brother’s case, although he died, there is still the possibility that he was saved before death, just like the thief on the cross.

And even if my brother wasn’t part of the elect, then that would still be God’s plan. Although I can’t understand it with my grieving heart, I can still accept it as God’s sovereign will, because He is supreme, and SOMEHOW it is for His ultimate glory. I will never understand it on this side of Heaven, but at the very least I can accept the reasoning. (When people get mad at the idea of predestination, I think they forget that God can do whatever He wants. He created us, and He can destroy us. None of us deserves to be saved, so we’re lucky if He saves even one person!)

In your podcast, you also quoted the scripture that says, “The Lord knows those who are His,” and, “All that the father gives me will come to me.” Those words went straight to my heart, and they changed my life. I’ve heard & read them before, but never considered the context or applied them to my brother’s death. It means, if my brother was meant to be saved, then the Lord saved him. And if he wasn’t, then He didn’t.

But most importantly, it made me realize that my brother had a 50/50 chance of salvation. Either he was one of the elect (in which case he’s safe & secure, and I will see him again), or he wasn’t. But those odds are the biggest blessing to me. There is now a 50% chance that my brother is saved. Before, that chance in my mind was 0. I did not see ANY way that my brother could be saved, because I hadn’t considered predestination, and nobody had explained it to me that way.

Pastor Samson, you gave me a 50% chance of my brother being saved. Do you have any idea what gift you’ve given me? There is hope. I’ve cried so hard over the idea that I will never see my brother again, that there was absolutely no chance of him being saved, and I have been hurting so badly over the idea of his sweet kind soul burning in hell. But now, there is a 50% chance that he is saved, and that I will see him again.

You truly have no idea how much you’ve changed my life. I have cried so hard over this. I’m even crying as I’m writing this, but now it’s tears of hope and relief. I can live the rest of my life on these 50/50 odds. Before, I had a 0% chance of seeing my brother again. I had ZERO hope. I was so miserable, and couldn’t imagine living out the rest of my days with this burden weighing so heavily on me. I was even suicidal over it! But now, there’s a 1 in 2 chance of being reunited with my beloved brother. I will never forget you for this amazing gift you’ve given me. I will also be sharing this with my mom, who is equally grieved that her son is in hell.

And yes, I understand that there’s still that 50% chance that he was not of the elect, but I already lived and grieved in reality for the past 19 months. And having that framed as being God’s ultimate will, I can accept it. It doesn’t make it less painful, but at least I can accept it, as I humbly accept God’s sovereign will regardless of my preferences.

The Bible tells us that there will be no more pain or tears in Heaven, so *even if* I never see my brother again, I know that my eternal soul will somehow be comforted. I can’t possibly understand that now in my brokenhearted state, but I have faith that Christ will wipe away these tears, and the remaining years of my mournful life will be nothing compared to eternity.

Anyway, I know this was long, but I felt compelled to email you because you truly truly have changed my life and my grief. I needed this so much. You have given me hope. A 50% chance is…. a gift from God, honestly. You took me from 0 to 50, from hopeless to hoping. I can’t express my gratitude enough. Thank you for putting this content out there. (I suppose I should thank Justin Peters as well, since I found you through his YouTube channel.)

I have prayed to the Lord Jesus to please bless your ministry in this upcoming year, because you have blessed my life. The next time I’m in Arizona, I will be sure to stop by your church and thank you in person. You have given me the biggest gift. Thank you again, truly.

P.S. P* (full name withheld) was my older brother, but next month I will officially be older than him. You know how weird that’s going to be? I have been dreading this milestone since he died. But now… it’s not as daunting as it has been. It’s just a little less painful. I’m curious to see how else this new “50% chance” will relieve & alleviate my grief in the future. Thanks again ❤💔