The Myth Perpetuated by Advocates of King James Version Only

The King James Version of the Bible is an excellent translation. There is so much about it to be commended. It was my first ever Bible and I am indeed glad for that. However, it is not the only version one should ever use. We have learned much about the original Hebrew and Greek of the Bible since the 17th century and these insights have shaped many of the modern translations, helping us understand the original words God inspired. Just saying this is anathema to some people caught up in what is called ‘King James Only’.

I very much appreciate Pastor Tim Conway’s teaching here (below). This is a controversy that has caused untold damage and division in so many friendships and families and very sadly, has even split entire churches. He addresses this vital issue in terms that hopefully all can follow. – Pastor John Samson

Grace Community Church’s website (gccsatx.com) reads: “Many adamantly hold to the ‘KJV Only’ as being the only translation of the Bible to use. It seems that constantly new believers are running into this question and wrestling with the evidence of whether it is a valid argument or not. In this Bible Study Tim seeks to put forward the evidence that convinced him that the ‘KJV Only’ position is not a stance that is being faithful to the evidence.

It is because of emails that we have received, like the following, that it was apparent there was a need to put something up on the KJV Only controversy. For example, at the beginning of 2012 someone emailed in saying:

“Exactly what part of “ANYONE WHO ADDS OR TAKES AWAY FROM THIS BOOK” DON’T YOU UNDERSTAND? IT IS INDEED NO different than “WHICH PART OF THE WORD “NO” DO YOU NOT UNDERSTAND???? I was at a loss as to why almost everyone was reading from every other so called new and improved versions of the bible. All Reading from any and every other version EXCEPT the true Old King James……Why Why why would you want to change God’s word to suit the brethren. It ought to be rather, The brethren adapting to the grand language of the Old King James not all changing the word to suit the brethren !!!! The old King James Version has the SALT. All the rest are simply put…without SALT. I am just shocked though I know Our King of King’s Christ Jesus says I should think it strange. Go ahead brethren. GO ON… explain away. Many others will be led astray by you and yours. I am grateful to God evermore I remain wide awake.”

“I have repented to God & have ceased from my ridiculous King James only attitude. I greatly appreciate your sermons & wish to apologize for my previous high minded opinionated foolishness. I hope you can graciously forgive me for lashing out the way I did.”

Our desire, as Tim says at the start of the study, is not to take away from God’s Word, but to see people, like the person above, come to recognize that the evidence does not support the KJV 1611 as being the only translation we should use.”

“Multiple translations don’t make a text more or less reliable. But it’s interesting that there’s kind of an underlying assumption when people make that statement and it feels something like this: well, the Bible has been translated and once it got translated, people have revised the translation without going back to look at those early manuscripts. And so, I thought that when I was in junior high school but I got past that relatively early. The reality is that the King James Bible, when it was translated in 1611, the New Testament was essentially based on seven Greek New Testament manuscripts, the earliest of which went back to the 11th century. We still have those manuscripts and we have almost 6,000 more manuscripts. So, we have almost a thousand times as many manuscripts as the King James New Testament was based on and our earliest don’t go back to the 11th century but so far as what’s been published, they go back to the second century. So they go back almost a thousand years earlier. So as time goes on, we’re not actually getting farther and farther away from the original text, we’re getting closer and closer.” – Dr. Daniel B. Wallace, Professor of New Testament Studies at Dallas Theological Seminary and founder and executive director of the Center for the Study of New Testament Manuscripts.

← Prev: Jesus In The Old Covenant Next: How Can I Best Support My Pastor? → 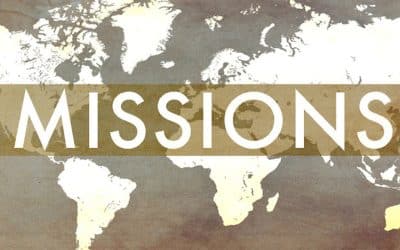 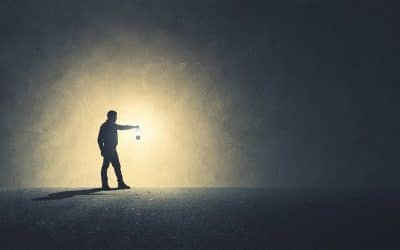