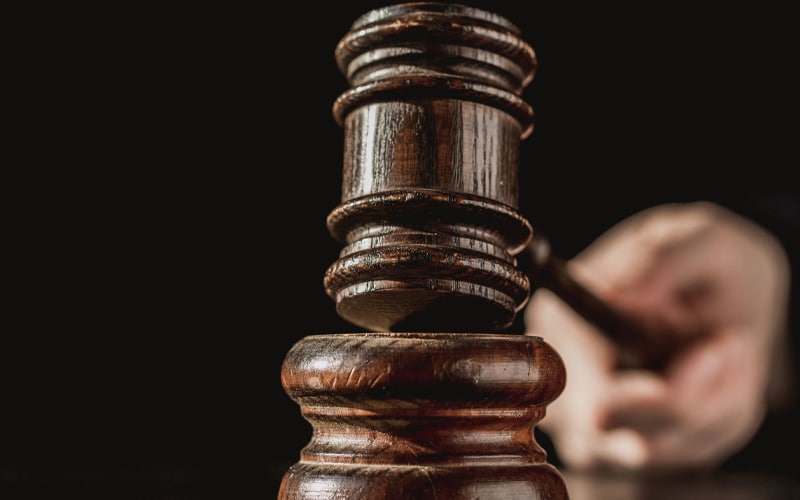 PROSECUTING ATTORNEY: SATAN (THE ACCUSER OF THE BRETHREN – Zechariah 3:1)

IN ATTENDANCE: A VAST COMPANY OF ELECT ANGELS (1 Timothy 5:21)

“It is appointed for man to die once, and after that comes judgment” – Hebrews 9:27

You now stand before God, the Righteous Judge, faced with the charge of great and terrible acts of high treason in the courtroom of heaven.

Gabriel, the high-ranking angel addresses the court saying, “All rise! The Righteous Judge is coming into His chamber!”

The Judge declares His court to now be in session and asks for all to be seated.

Without any delay, Satan stands up and addresses the court. He states that the record will show that you have broken all ten of the Ten Commandments. On countless occasions you’ve lied, you’ve stolen, you’ve used God’s name in vain, you’ve hated (which Jesus said was murder of the heart) and you haven’t put God first, before anything else in your life, just to name a few. Satan will prove your guilt on all counts.

Also, there is indisputable video evidence as well as reliable witnesses to attest to the facts in this case. Even your thought life stands as a testimony against you, for the Scripture says, “And no creature is hidden from his sight, but all are naked and exposed to the eyes of him to whom we must give account.” (Hebrews 4:13)

After the case is made against you, there is a hush in the court. The prosecuting attorney has shown that you have indeed committed acts of high treason against God. It seems inevitable that you will be found guilty.

Satan then addresses the Judge and says, “A good God must be a good Judge. The facts are clear. You must find this one guilty. Your own record in Proverbs 17:15 states, ‘He who justifies the wicked and he who condemns the righteous are both alike an abomination to the LORD.’ For you to acquit this one would mean that You are not righteous Yourself. You must find this one guilty as charged. I rest my case.”

The Judge then calls upon your Defense Attorney to address the court.

The Lord Jesus Christ: “Righteous Father, the case made by the prosecution is indeed true. I will not dispute the charges made. However, I will submit to this court two pieces of evidence in the defense of my client:

Exhibit A: THE PASSIVE OBEDIENCE OF CHRIST – Let the record show that on Calvary’s cross, the sins of this one were transferred to me and I bore the full punishment demanded by Your high and holy Justice. I was wounded for his transgressions, bruised for his iniquities, the chastisement that brought him peace was upon Me and by My stripes, he was healed. (Isaiah 53:4-6)

Exhibit B: THE ACTIVE OBEDIENCE OF CHRIST – Let the record show that I, the second Person of the adorable Trinity, became a man, was born of a virgin and lived a righteous life on earth always pleasing You, righteous Father. I lived the life You demanded in Your high and holy law.

“For our sake he made him to be sin who knew no sin, so that in him we might become the righteousness of God.” – 2 Corinthians 5:21

Righteous Father, if You will check the record, You will see that this man’s sins have been paid in full and in fact, the only record concerning this man now is that he lived My life, for My life was imputed to His account, legally and at Your good pleasure. For it was decreed this should happen in the eternal counsel of the Divine Trinity, before the foundation of the world.”

GOD THE JUDGE: “Having checked the eternal records and the validity of exhibits A and B, the case made by the defense is both true and satisfactory in this court for the purpose of dismissing all charges made against this man.

Would the accused please stand…

In that My Son has borne your punishment in full and has imputed His righteous life to your account, I declare you ‘NOT GUILTY,’ but more than that, ‘RIGHTEOUS,’ in the splendid righteousness of My Son. I can do this because My wrath, due to you, was borne by My Son. He has paid for your sins in full.

You are ‘JUSTIFIED’ in my sight. Forever I am at peace with you. Your sins I will remember no more, by grace alone, through faith alone, in Christ alone.”

Romans 5:1 – “Therefore, since we have been justified by faith, we have peace with God through our Lord Jesus Christ.”

If salvation depends on the believer’s deeds, our salvation is only as secure as our faithfulness.

Justification is a legal word from the courtroom and for the believer in Christ, it is a past tense event, through the person and work of our Lord Jesus Christ ALONE! Justified means not merely “just as if I’d never sinned,” but “just as if I’d always obeyed.”

This peace with God is not some temporary cease-fire (in hostilities) but is the eternal, immutable, and irrevocable standing of the believer with his God.

“For God so loved the world, that he gave his only Son, that whoever believes in him should not perish but have eternal life.” – John 3:16

While this entire courtroom scenario is the certain expectation for those who repent and trust in Christ, it must be said that rejecting God’s free gift of salvation will result in something entirely different, horribly different in fact; one that provides no defense attorney in the court whatsoever, but instead, the full bearing of the punishment of your crimes against God in hell forever.

John 3:36 says, “Whoever believes in the Son has eternal life; whoever does not obey the Son shall not see life, but the wrath of God remains on him.”

You are a precious soul, made in the image of God. O may you make haste in coming to Christ! The Scripture says, “Now is the day of salvation.” (2 Corinthians 6:2) Tomorrow is never promised to anyone. The risen Lord Jesus Christ, summons you, even now, to repent of your sins and to trust fully and only in Him. Come to Him then, turning away from all you know to be wrong and trusting only in the finished work of the perfect Savior.

← Prev: Church Membership Next: The Gospel → 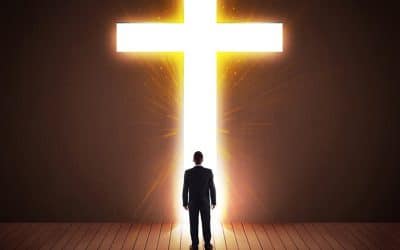 Saved By God, From God, For God

Christians are notorious for using a vocabulary that is not always understood by those around them. There's no doubt... 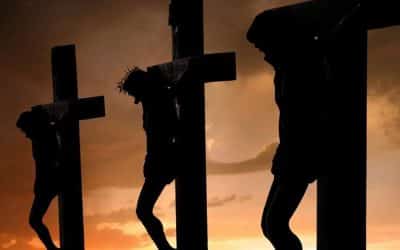 THE THIEF ON THE CROSS Luke 23: 39 One of the criminals who were hanged railed at him, saying, “Are you not the...